Place plays a vital role in forming identity and a sense of belonging. Healthy, peaceful places go a long way towards shaping healthy people and communities.

Jia-Ping is the founder of Tempatico a place consultancy. She was formerly Programme Director, Partnerships and Kuala Lumpur at Think City and urban rejuvenation organisation.  She headed the KL office when it opened in 2015 and led the rejuvenation programme with partners such as KL City Hall, Prasarana and Citi Foundation. She later transitioned to start the Partnerships division which looked at deepening existing relationships and explore future collaborations with international organisations. Partnerships also steered Brand Communications for the organisation.

In 2019 she was given the role of Founding Senior Advisor and Regional Network Leader (Asia) of PlacemakingX a cooperative network initiated by a global group of urbanist leaders. She has also been actively growing the placemaking movement in ASEAN organising the region's first placemaking week in 2019. In 2020 she was appointed as a member of the Start-Up Board.

A former brand and organisation culture consultant, She has developed brand strategies for George Town, Think City and has consulted for communications and branding firms such as Leo Burnett, McCann Erickson, OvaInterbrand, Global Brand Forum and Dentsu.

Jia-Ping served as Honorary Council Member of Badan Warisan Malaysia (Heritage Trust of Malaysia) between 2015 – 2019 and also has a passion for theatre.  She was trained in theatre operations and management at the Cambridge Arts Theatre, UK. From 2010 to 2015 she was a Guest Lecturer at Sunway University College teaching Production Management at the Department of Performance and Media.

Jia-Ping regularly speaks at conferences and seminars, She was recently invited to be the keynote speaker at The D Conference 2019 in Detroit sharing the work of Think City to the mayors of Michigan. From 2011 - 2014, She was a brand coach for start ups on BFM 89.9 The Business Station. 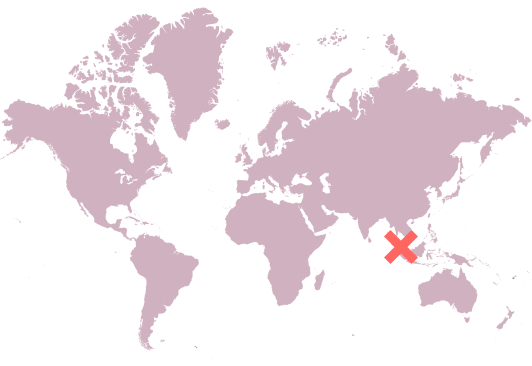 ...the art of creating places that draw people to idle, to have fun, to people watch, to earn a living, to form friendships and build bonds either with people, animals or nature.

Think City had an MOU with PPS and I had the good fortune to do a place game with Cynthia Nikitin.

The local coffee shop. Any place where there is a clean beach with white sand and clear water.

Kebun-Kebun Bangsar
Jia-Ping Lee championed a community activist within the local council to build a community urban farm on public land. The community farm, called Kebun Kebun Bangsar, has since garnered a huge following leading to spin off projects in other communities.

Arts on the Move
Championing a performance and visual arts program in a transit station to democratize the arts.